Certain prescription drugs and over-the-counter medications have been associated with birth defects in research studies. 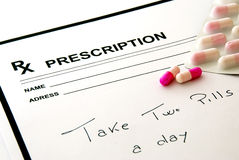 The average consumer believes there is little risk in taking non-prescribed medications during pregnancy. Yet, several popular over-the-counter like pain relievers pose potential risks to a growing fetus. Not only can such drugs cause birth defects, particularly when taken during the first two trimesters of pregnancy, but they can also cause birth delivery complications when taken during the third trimester.

For further information, take a look at the BDRC Birth Defects and Litigation fact sheet.

BDRC does not endorse any law firm or attorney. BDRC does not promote or encourage litigation, and we cannot guarantee any results from an engagement of an attorney.

To find out more information about litigation, see Birth Defects and Litigation.

Attorneys or law firms that would like information about becoming a BDRC sponsor may reach us at staff@birthdefects.org.

In a moment, you will be able to open the birth defect fact sheet you selected.

This free service is made possible by the generous support of donors like you.

Yes, I want to help.

When you donate you are also supporting our National Birth Defect Registry, an independent research project searching for the causes of birth defects and the Healthy Baby Resource, our on-line birth defects prevention center.

*No donation is necessary, but we hope you will help.